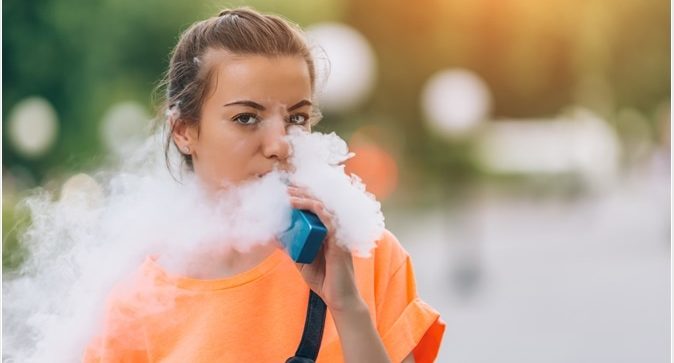 The FDA recently announced the launch of TV ads as part of its ​“The Real Cost” Youth E-Cigarette Prevention Campaign​ to discourage the use of e-cigarettes among teens nationwide. They also plan to distribute posters to high schools and educational materials to middle schools to drive home the message. The public education effort was first launched in September 2018 to reach the 10.7 million teens in the age group of 12-17 who were already using or were likely to try e-cigarettes. The FDA has been successful in preventing nearly 350,000 youth from initiating smoking and decreased

smoking-related costs to the nation by more than $31 billion since the launch of its e-cigarette prevention campaigns in October 2017.

The ads called ‘ Magic’ feature popular street magician Julius Dein. He magically turns a vape into a cigarette right before the shocked teens. This reinforces the fact that teens who vape are more likely to start smoking cigarettes. These ads will run on TV networks such as ​TeenNick, CW, ESPN, and MTV, as well as social media sites and other channels that teens frequently use. The FDA has joined forces with Scholastic to distribute posters and lesson plans to teachers, kids, and parents to educate them about the health hazards of using e-cigarettes and other tobacco products. The new messages specifically cater to teens, such as

The campaign which originally targeted only digital and social media sites has had quite a good response amassing over 2 billion teen views in just 9.5 months. The posts have garnered​ ​more than 578,000 likes, 89,000 shares, and 31,000 comments on social media. The FDA also plans to take strict action against manufacturers and retailers distributing e-cigarettes to minors illegally. It is yet to be seen how this novel effort by the FDA will pay off in terms of reaching out and connecting with teens but considering the past statistics, it seems like a sure bet.